From Virtual to Reality:
Reshaping the Way We Build Foundries.

From Virtual to Reality: Reshaping the Way We Build Foundries. 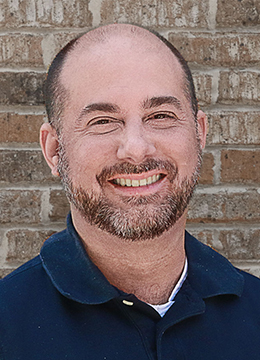 AR/VR: THEN AND NOW

The advent of new technology can revolutionize an industry. Computer Aided Design (CAD) has already rev-olutionized engineering and design, and the effects of 3D printing are rippling through the manufacturing world. Now Augmented Reality (AR) and Virtual Reality (VR) technolo-gies are emerging as the next major change-agent in many sectors. Industry analysts are predicting that the AR/VR market will be huge; $8.8 billion since 2012, with $2.2 billion in 2016 alone. It’s expected that by 2020, AR and VR combined will be a $120 billion industry.

Heads-Up Displays (HUDs), forerun-ners of modern augmented reality systems, were developed for use in military aircraft as early as 1942. Since the introduction of smartphones, basic forms of AR have become widely available in the form of apps like Google Translate, Layar or Yelp’s Monocle feature.

New applications for AR and VR are emerging almost daily. The US Navy is using AR to enhance the safety and mission effectiveness of deep sea diving operations. The US Air Force has gone even further; the F-35 uses an AR system instead of a conven-tional HUD. Jurors are now able to virtually experience crime scenes and doctors can use VR to guide remotely controlled robotic surgeons.

THE SPECTRUM: FROM FLAT SCREENS TO AUGMENTED REALITY TO IMMERSIVE VR

The essential concept behind ‘mixed reality’ is displaying computer gen-erated virtual content combined with or seamlessly replacing reality. Powerful extensions to this core concept allow users to interact with the virtual, to share a virtual space with other users, and/or to move around in a virtual space freely.

The simplest implementation of AR, widely available currently, is to display virtual content overlaid on a camera feed from a smartphone or tablet. Flat-screen AR is low-cost, but also low-immersion. It allows a limited ﬁeld of view into the virtual world, and the restricted computing capa-bilities of mobile devices limit detail and ﬁdelity. This type of AR is useful as a visualization aid or training tool.

An intermediate level of mixed reality is the AR head-mounted display (HMD), with motion and hand track-ing. This type of system consists of a helmet or goggle-like device with clear lenses or a visor, on which can be displayed virtual content.

Users can also share a virtual space with each other, facilitating ‘virtual con-ferencing’ and collaboration. This level of AR is still in the early phases, but companies like Microsoft ®, MagicLeap ®, and Meta ® are devel-oping products that will allow full implementation of HMD-based AR.

At the top of the spectrum is the fully immersive VR headset connected to a powerful computer system or work-station. This is a goggle-like display that completely covers users’ ﬁeld of view with virtual imagery, and option-ally includes audio. Some systems allow ‘room-scale’ VR, which allows users to move freely within a delin-eated real space as they explore their virtual environment. These systems have the same basic capabilities as HMD AR, but they replace perception of reality rather than combine with it.

MOVING FROM VIRTUAL TO REAL

Foundries are one of the many indus-tries set to derive beneﬁts from the mixed reality revolution.

Foundry Lay-out and Design
A foundry or factory layout can be rapidly assembled and modified during a collaborative session and displayed on-screen for multiple par-ticipants, either local or networked. Users can choose and position

machinery or components inside a virtual copy of the foundry environ-ment. Hand tracking allows users to ‘grab’ virtual objects and position them directly, regardless of whether they are in the room or connected via network. Once a layout has been assembled, users can tour and expe-rience the design. Immersive VR will be especially valuable to system integrators, allowing investigation of production ﬂow and human factors very early in the planning stages. This type of experience will translate well to all personnel and communicate a design even more effectively than ﬂat drawings.

Equipment and Systems Training
In most instances, the more closely training adheres to reality, the more effective it has proven. It is now pos-sible to combine virtual training aids with reality to enhance effectiveness even further. Flat-screen and HMD AR allow text or highlights to be overlaid directly on a piece of equip-ment, helping to eliminate confusion or delay. Automotive manufactur-ers are beginning to implement AR owner’s manuals that highlight, over video from a tablet, components under the hood and show the user how to perform maintenance and repair tasks. The same concept can apply to training for nearly any kind of complex machinery or process.

VR users be able to not only inter-act with virtual copies of machin-ery in order to learn proper opera-tion, they will be able to actually get a feel for the conditions involved in the task. The combination of high visual ﬁdelity and hand tracking accu-racy means that users can develop muscle-memory for the operation of equipment that they have never even touched in reality.

Safety Training
Accurate understanding of safety procedures is a top priority across industries. Not only can AR/VR assist in learning proper operating proce-dures, it can also be used to present unusual or emergency situations more cheaply and effectively. Drills can only go so far in emulating the experience involved in an emer-gency, and can be expensive and time consuming to conduct. Mixed reality training exercises can present users with a full auditory and visual representation of the circumstances, which is especially valuable when those senses might be obscured during a real event due to environ-mental hazards.

Job Aids
Applications can also be developed that combine image-recognition software with the display to prompt users based on the exact circum-stances they are faced with. Such a system would be able to help users ﬁnd a speciﬁc part in a tray of mixed parts, or display the proper steps to handle an unusual operating condi-tion. Operations manuals and other references can also be displayed via AR, enabling operators to continue work while accessing helpful infor-mation related to the task at hand.

Sales and Marketing
Any piece of equipment can be vir-tually setup in even a small physi-cal space, allowing multiple users to view and interact with the machin-ery. Demonstrations can be con-ducted simultaneously for users in different locations, saving time and travel expenses.

Digital ﬁles for a whole line of equip-ment can ﬁt on one computer or thumb-drive, allowing an entire virtual catalog to be easily taken to meetings or tradeshows. While one piece of equipment may be phys-ically on display at a tradeshow booth, attendees could experience a full product line or even complete foundry layouts right at the show. The user’s view can also be show on a large ﬂat-screen as a way to share the experience with other tradeshow attendees and to create interest.

These are early days for AR and VR technology, but the potential is already proving to be limitless. AR and VR are poised to create sweep-ing improvements to design, inte-gration, training and even marketing in the industrial and manufacturing arena.